In 1994, 15-year-old Jimmie Åkersson sought out a neo-Nazi party. Today, he’s brought that party into the mainstream. In disturbing results, the Swedish parliamentary elections on 11 September have given the far-right Sweden Democrats, which Åkersson has led since 2005, more than 20 percent of the vote. The party is now the second most popular in the country, and holds more seats than any other party.

In previous elections, the Sweden Democrats had been locked out of deals to form a minority government. Now, with more votes than any of the traditional conservative parties, the party could play a decisive role in forming the next coalition government, as negotiations take place to determine its composition.

Over the last couple of decades, the Sweden Democrats have attempted to overhaul their image. The party has banned the wearing of Nazi uniforms in its meetings and changed its logo from a flaming torch to an illustrated flower. But it’s remained as nationalist and xenophobic as ever, as former party secretary, Björn Söder, has proved. During his time as a parliamentary minister, Söder affirmed to the Swedish newspaper Dagens Nyheter that he wanted to “create a society with a common [Swedish] identity”—which he argued in 2018 excludes Jews, Muslims and indigenous Sami people.

The Sweden Democrats made law and order, racism and Islamophobia central to this election. The party has publicly supported dawn raids and deportations of migrants and has threatened to deport whole families for being unemployed or “asocial”. Åkersson has taken up the slogan “Make Sweden good again”, and one of the party’s advertisements on Stockholm’s subway carriages reads, “Welcome to the migration train. You have a one-way ticket. Next stop, Kabul”.

The far right have also made concerning gains among workers in recent years by blaming migrants for deteriorating health care and worsening conditions for pensioners. Of the members of Sweden’s blue collar trade union, 25 percent reportedly voted for the Sweden Democrats—more than any other political party.

The rise of the Sweden Democrats reflects an ongoing trend across Europe of far-right parties entering the mainstream. The popularity of the far-right Giorgia Meloni’s Brothers of Italy in the lead-up to the Italian election and the continuing significant support for Marine Le Pen in France demonstrate a frightening pattern that threatens the rights of workers’, the left, migrants and the oppressed.

Support for the outgoing Social Democratic government, on the other hand, has dwindled, and the last two elections were the party’s worst since the introduction of universal suffrage in 1921. Dissatisfaction with the status quo and the political establishment is rife. The Social Democrats’ rightward neoliberal trajectory has opened up space for the far right disingenuously to present themselves as the defenders of workers and to build support among sections of the working class.

Since the mid-1990s, privatisation has been on the agenda in Sweden. Electricity, health care, aged care and education have all been opened up for private profit, while real wages have stagnated. The Social Democrats, in government for 20 of the last 28 years, have been responsible for a significant portion of this neoliberal offensive.

The Social Democrats’ collaboration with the free-market right was politically discrediting in the eyes of many workers. Rainor Melander, a worker and a member of the Social Democrats, told investigative journalists from the current affairs program Uppdrag Granskning that his first response to the agreement was, “How the hell could I be able to go out to my workmates and say that they should vote for the Social Democrats now?”

In the last few years, neoliberalism and inequality have only intensified. Swedish workers have been subjected to rapid deterioration in their living standards. This year they have suffered the most significant decline in real wages since the economic crisis of 1993, according to Scandinavia’s largest bank, Nordea. The Stockholm Chamber of Commerce estimates that electricity bills will be equivalent to just under $12,000 for 1.1 million Swedish households between October and March. The Swedish newspapers Express and Gothenburg Post have reported on numerous pensioners who have been forced to live without heating and to limit showers to once or twice a week in order to get by.

Despite its reputation for well-funded state services, Sweden now has a two-tier healthcare system. Workers often rely on private healthcare insurance from their employers, and those who don’t have access to private health care put up with increasingly long waiting times for essential surgeries and appointments. The system was at breaking point before the pandemic and is now in a perpetual state of crisis. Calculations by the newspaper Dagens Nyheter show that nurses and midwives in just five Swedish hospitals worked 1.8 million hours of overtime in 2020-21.

While working-class people’s lives have worsened, the Social Democrats have shifted the blame onto migrants and refugees and have accepted the Sweden Democrats’ concerns about “the integration problem” and law and order. They’ve increased police powers and implemented permanent limitations on refugees entering the country. In the process, they’ve made migrant workers more precarious and vulnerable.

The Social Democrats’ immigration minister, Anders Ygeman, has proposed plans to prevent “ghettos” by introducing maximum limits on the number of residents from migrant and low-economic backgrounds in any one area—a policy that would require the dispossession of thousands of migrants and the poor. This policy was defended by the recently resigned prime minister, Social Democrat Magdelena Andersson, who told Dagens Nyheter in an interview: “We do not want to have Chinatowns in Sweden, we do not want to have Somalitowns or Little Italies”. This rhetoric does little to win workers away from the far right but instead gives legitimacy to the extreme nationalism and bigotry of the Sweden Democrats and normalises their positions.

The parliamentary aspirations of the supposedly anti-capitalist Left Party prevent it from being any real alternative. The Left Party received some popularity for opposing anti-strike laws and calling for a vote of no confidence against the Social Democrats during their attempts to deregulate rental prices. But they’ve since made it clear that being part of the Social Democrats’ coalition government is far more important to them than challenging attacks on workers, migrants and the oppressed.

The leader of the Left Party, Nooshi Dadgostar, has spent the last few months emphasising her willingness to compromise and get along with the Social Democrats and the parties to their right. Dadgostar told Dagens Nyheter that she “is learning how to give things away” and that her party is “not putting forward ultimatums”. Swedish social democracy has not only failed to challenge capitalism’s inequalities but has defended and entrenched them, providing fertile ground for the far right to broaden support for their regressive politics.

Building a radical left is needed to offer a genuine alternative which identifies capitalism, not the most oppressed in society, as the real reason for growing poverty and crisis. As capitalism plunges into deeper and deeper crises, we urgently need a left that can channel anger against the status quo into resistance against the right and the system that produces it.

‘We are all Mahsa’: riots shake Iran

A dangerous government in Greece 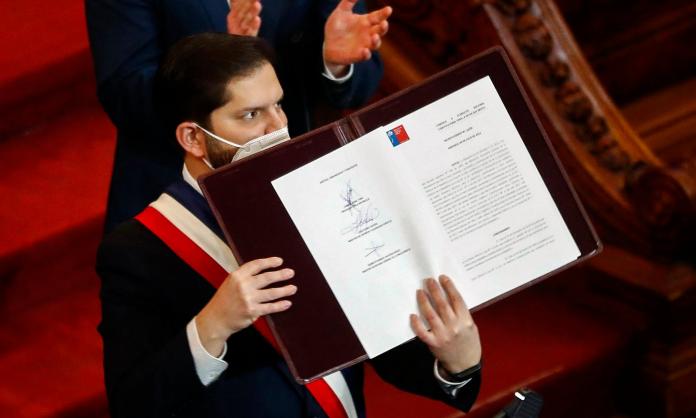 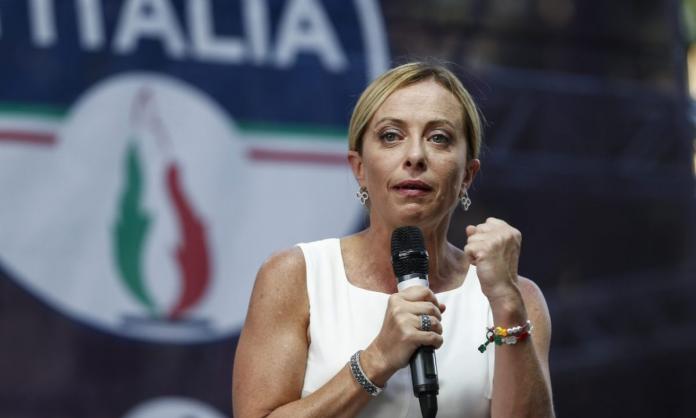 The Italian road to fascism